Leptospirosis is bacterial diseases which are spread through the animal urine mainly by the rats so it is also called ‘Rat disease’. Human can get leptospirosis through direct contact with urine from infected animals or through water, soil or food contamination with their urine.

This disease was first described by the Adolf Weil in 1886 in Germany so it is also known as Weil’s disease.

Leptospirosis is caused by the helical bacteria genus Leptospira belonging to the family Leptospiraceae.

Life cycle of Leptospira or microbiology— 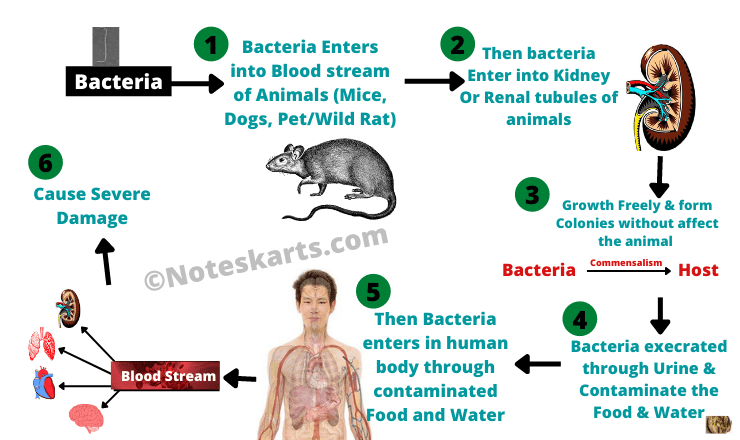 Treatment of the disease—

Disclaimer :- We make this Post only Educational purpose | If you are seeing any symptom, then share it with the doctor. The treatment given in this Post is just for Knowledge.

It is oldest disease and not cause any severe damage in human.

In many people it is treat by self-immunity power about 2-3 weeks.

Hello Welcome to Noteskarts. I hop this article help you. thank you for visit.